How do I leave my union and still keep my membership with my unemployment fund? Cancelling your membership Membership while abroad
Earnings-related allowance

How do I leave my union and still keep my membership with my unemployment fund? Cancelling your membership Membership while abroad

Aaria is a wage-earners’ unemployment fund and a mutual liability organisation whose mission is to provide its members with unemployment benefits under the latest versions of the Unemployment Allowances Act and other applicable laws.

Aaria accepts as its members wage-earners who are subject to provisions of the Unemployment Allowances Act and under the age of 68 years. ‘Wage-earners’ include all employees who make a living by working for someone else.

Members of Aaria cannot be members of another unemployment fund at the same time.

A member who wishes to cancel their membership must notify Aaria, an officer appointed by Aaria’s Board or a membership liaison officer of the same in writing.

All memberships expire automatically at the end of the calendar month in which the member reaches the age of 68 years.

Aaria’s Board may give a member a caution or a warning or expel a member if, after hearing the member’s defence, the Board concludes that the member

1) gave false or misleading information in their membership application;
2) deliberately misrepresented or concealed a fact that has a bearing on their eligibility for benefits from Aaria or the amount of benefits; or
3) is refusing to comply with Aaria’s rules or the Board’s instructions.

Aaria reserves the right to expel a member who is found to have been running a business within the meaning of chapter 1, section 6 of the Unemployment Allowances Act for a period of more than 18 months.

In the circumstances referred to in the second and third paragraphs above, the decision can be taken by the Managing Director instead of the Board.

An expelled member who is later readmitted cannot be given credit for their previous employment history, membership history or earlier membership fee payments.

Membership fees are payable in euros on a monthly basis. The amount is set annually by the Finnish Financial Supervisory Authority based on a proposal by Aaria’s Board.

Membership fees must be paid as stipulated by Aaria’s Board. Membership fees are due within four months of the start of the period that each fee is meant to cover. Penalties for missed membership fee payments are provided for in section 4 of the rules. Aaria reserves the right to deduct membership fees from the benefits it pays to its members.

The membership fee cannot be waived.

Terms and conditions of unemployment allowances and other benefits

Aaria grants earnings-related allowances and other unemployment benefits in accordance with the latest versions of the applicable laws.

Supplementary seafarers’ insurance makes it possible for Aaria’s seafaring members who live in Finland to satisfy the employment requirement by working on board a merchant vessel in international shipping within the meaning of the Seafarers’ Employment Contracts Act (756/2011) for the period specified in chapter 5 of the Unemployment Allowances Act.

If the employment history based on which a member satisfies the employment requirement includes both work performed in Finland and work performed on board a merchant vessel registered in a country with which Finland does not have a social security agreement, the applicable unemployment security system depends on which type of work the member has done more of.

The provisions of the latest versions of the Unemployment Allowances Act and Decree concerning the employment requirement apply mutatis mutandis in other respects.

In addition to the membership fees provided for in section 6 above, members who work on board merchant vessels in international shipping must pay the monthly supplementary insurance premium set by the Ministry of Social Affairs and Health on the basis of Aaria’s proposal.

What is provided for membership fees in section 6 applies in other respects.

Applications for benefits must be submitted to Aaria within three months of the first day for which benefits are sought.

Aaria always issues a written decision as to whether an application has been approved or denied. All benefits are granted and paid in accordance with the applicable laws.

Any overdue membership fee payments can be deducted from the amount of the benefit.

Aaria’s governing bodies are the Council of Representatives (‘Council’) and the Board of Directors (‘Board’).

Aaria’s supreme decision-making body is the Council of Representatives, which convenes at a time and place designated by Aaria’s Board. Representatives are elected for terms of three years, with elections taking place every third year.

Each of the representatives present at the Council’s meetings has one vote. Votes are taken by simple majority. If the vote is tied in an election, lots are drawn; otherwise, the chairman of the meeting has the casting vote.

Issuing more detailed regulations on the election procedure is the Board’s responsibility.

Meetings of the Council of Representatives are called by Aaria’s Board. Invitations to Council meetings must be sent to the representatives by post or e-mail at least two weeks before each meeting.

Each members’ community must notify Aaria’s Board of its elected representatives 30 days before a meeting and provide evidence of election results.

Section 13. General meeting of the Council of Representatives

The general meeting of the Council of Representatives is held by the end of May each year.

The agenda for the general meeting is as follows:

Final decisions can only be made on the aforementioned points.

Section 14. Extraordinary meetings of the Council of Representatives

Extraordinary meetings of the Council of Representatives must be convened if

1) Aaria’s Board deems a meeting necessary;
2) the Finnish Financial Supervisory Authority or Aaria’s auditors insist that a meeting be held on account of their findings; or
3) at least one tenth of Aaria’s members have signed a written petition for a specific issue to be addressed by the Council.

If the number of members drops below 8,000, an extraordinary meeting of the Council of Representatives must be called as soon as possible to decide whether or not Aaria should remain in business and what steps must be taken in such circumstances.

If Aaria’s Board refuses to call an extraordinary Council meeting without a legally valid reason, the Council must be convened by the Finnish Financial Supervisory Authority.

The invitation to the meeting must list the issues to be addressed. Final decisions can only be made on the points mentioned in the invitation.

Section 15. Board of Directors

Aaria’s Board consists of a chairman and between eight and 13 other members who must be members of Aaria and over 18 years old.

A personal alternate is appointed for each member of the Board except for the chairman.

The Board can assemble a working committee from among its members, which can consist of up to three members, to attend to the Board’s preparatory work.

Section 16. Procedure of the Board of Directors

Board meetings are called by the chairman or, if the chairman is unavailable, a deputy chairman. The Board has a quorum when the chairman and at least half of the other members are present.

Votes are taken by simple majority. If the vote is tied, the chairman has the casting vote except in an election, in which case lots are drawn.

By way of derogation from the above, investment decisions require a two-thirds majority.

Section 17. Duties of the Board of Directors

The Board is responsible for

1) ensuring that Aaria is managed in accordance with the law, these rules and the Council’s decisions;
2) drafting and adopting Aaria’s investment plan and making investment decisions;
3) setting up internal controls and risk management procedures;
4) determining the principles for the payment of benefits;
5) appointing and dismissing the Managing Director and other executives as well as determining the terms of their engagement and their duties;
6) convening the Council of Representatives and drafting agendas for Council meetings;
7) providing the Council with written proposals that the auditors or members of the fund want addressed;
8) overseeing the execution of the Council’s decisions;
9) drawing up annual action plans and budgets;
10) making proposals of the amount of the membership fee to the Finnish Financial Supervisory Authority once a year;
11) submitting an application for financial contributions to the Finnish Financial Supervisory Authority once a year;
12) authorising individuals to enter into agreements on behalf of Aaria as required; and
13) taking decisions on all other matters for which laws, regulations or these rules do not provide differently.

Section 18. Duties of the Managing Director

The person officially responsible for the operation of Aaria is the Managing Director.

The Managing Director’s responsibilities include

1) directing and overseeing Aaria’s operation;
2) attending to Aaria’s financial management and other business;
3) drafting agendas for Board meetings;
4) reporting to the Board on the most important aspects of Aaria’s operation and finances;
5) implementing the Board’s decisions;
6) representing Aaria and speaking on Aaria’s behalf in court and in correspondence with other authorities;
7) attending to other duties assigned to the Managing Director in the rules; and
8) attending to other duties assigned by the Board.

Aaria’s authorised signatories are the chairman of the Board, the Managing Director and any other persons authorised by the Board to enter into agreements on behalf of Aaria.

However, loan applications must be signed by either the chairman of the Board or the Managing Director as well as one other member of the Board.

The Board divides Aaria’s operating area into members’ communities according to principles established at the general meeting of the Council of Representatives and appoints an officer to oversee each members’ community.

These officers are entrusted with filing membership applications and cancellation notices, accepting new members and corresponding with members in the circumstances described in the second paragraph of section 4.

Section 21. Invitations to meetings and communication with members

Invitations to Council meetings and other communications aimed at Aaria’s members are published in members’ newsletters and/or on Aaria’s website or brought to members’ attention otherwise as instructed by the Board at least two weeks before action is required.

The Board’s report of operations and financial statements as well as the audit report must be kept available for Aaria’s members to read at Aaria’s offices for a period of at least one week before the general meeting of the Council of Representatives each year.

The Board has a mandate to take out short-term loans for the sole purpose of paying benefits to Aaria’s members.

The auditors must submit a written report on their audit of each accounting period to the Board no later than two weeks before the general meeting of the Council of Representatives in which the financial statements in question are due to be adopted.

If the financial statements show a deficit, up to 50% of the value of the equalisation fund can be used to cover the deficit.

If the deficit cannot be covered in the manner described in the first paragraph, it will be covered by Finnish unemployment funds’ support fund or with additional Government contributions as provided for in sections 21 and 22 of the Unemployment Funds Act.

Section 27. Amendments to the rules

Section 28. Distribution of assets upon the dissolution of Aaria

If a decision is made to dissolve Aaria or if Aaria is ordered to close, any assets remaining after the payment of debts and the satisfaction of other obligations will be distributed as stipulated by the Council of Representatives in the meeting in which the decision to dissolve Aaria was made to organisations with similar aims to Aaria to be spent on supporting the finances and vocational education of Aaria’s former members.

The first Council meeting to comply with the new rules will take place by 31 May 2021.

Approved by the Finnish Financial Supervisory Authority on 28 August 2020. 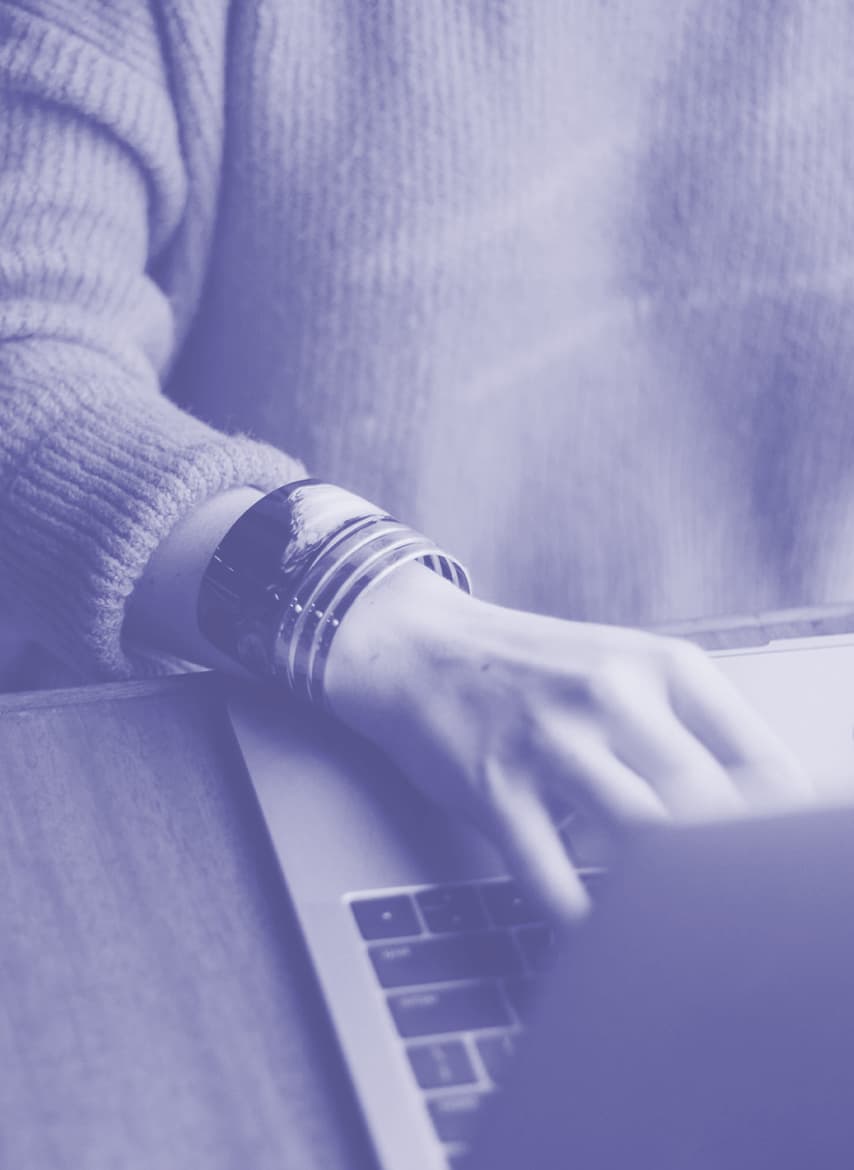 Unemployment fund membership gives you security if you ever become unemployed. We offer our members fast, friendly and professional service in unemployment security matters.